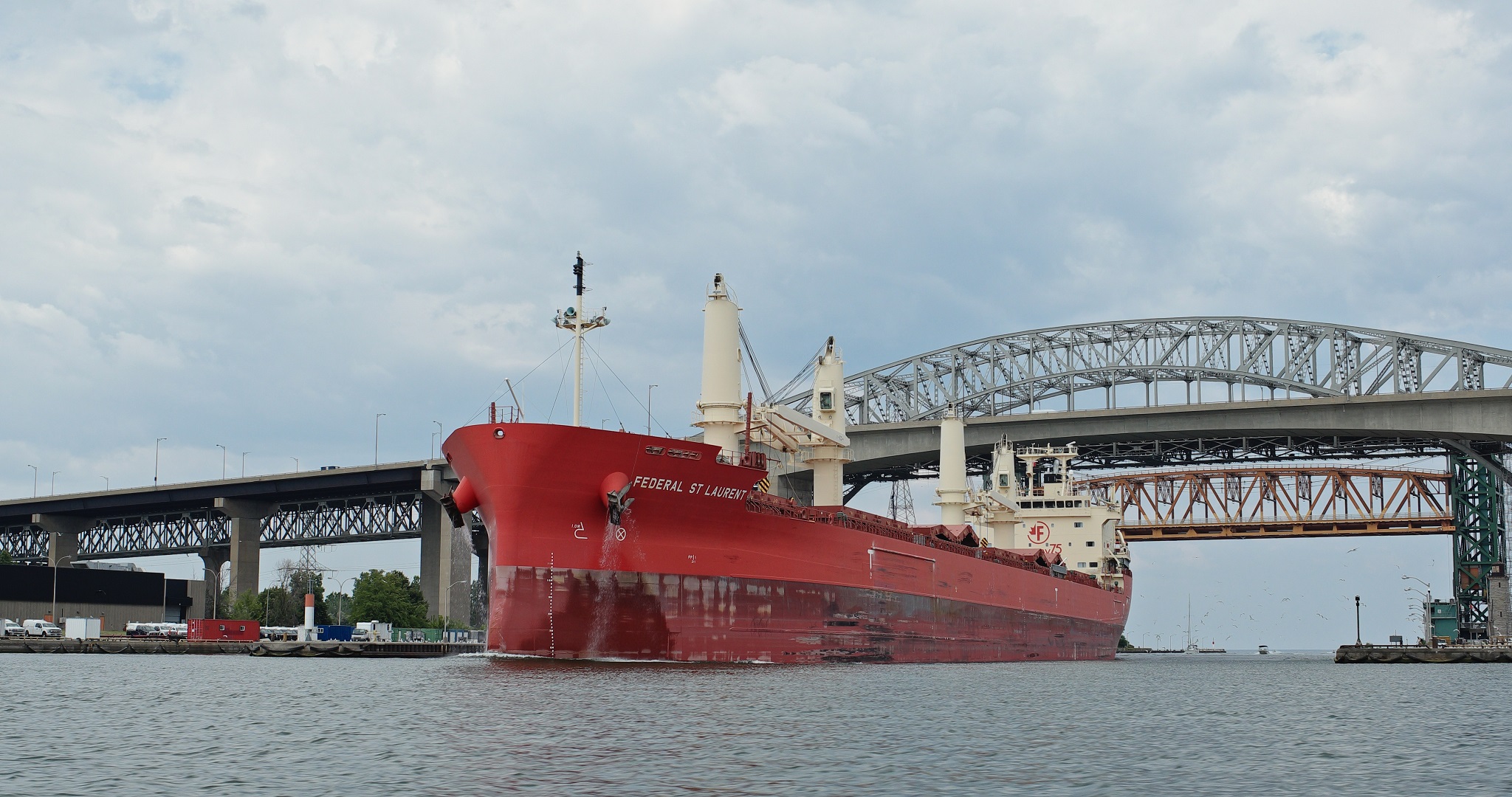 Another strong year at HOPA Ports

Hamilton Port recorded 10.8 million mt this past season; surpassing 2020’s total by almost one million metric tonnes of cargo, and climbing six per cent ahead of its 5-year average. Hamilton continues to see a steady rise in the growth of agriculture-related commodities, driven by increases in wheat, corn, fertilizer and a whopping 91 per cent increase this year in raw sugar, feeding SucroCan’s Hamilton sugar refinery. Hamilton also saw significant gains in petroleum, sand, quartz, slag and finished steel for the transportation and construction sectors. Overseas cargo tonnages increased 35% and Hamilton’s rail cargo has also doubled over the past five years.

Looking ahead at 2022, Oshawa’s port is poised for growth. Though Oshawa saw a slight decrease from its overall, all-time record total in 2020; the port did see increases in fertilizer and finished steel in 2021, and its total is still 3% above the 5-year average. HOPA plans to build on Oshawa’s current cargo levels by upgrading its port facilities and infrastructure in the coming years, namely, increasing capacity for agricultural cargoes and the port’s allowable draft.

Earlier in 2021, HOPA announced its expansion into Niagara Region. In partnership with local municipal leaders, HOPA launched the Niagara Ports plan for a suite of new properties in Thorold and along the Welland Canal. By lending its expertise in developing marine-industrial lands, HOPA has already been able to attract new industrial partners to the Thorold Multimodal Hub, like TORA Inc. and Canadian Maritime Engineering.

In Hamilton, several capital projects reached completion in 2021, including the $36-million Westport Modernization Project across piers 10-15. New storage facilities at pier 14 and food-grade warehousing at Pier 15 will also allow for more efficient storage and handling of bulk cargo and food products. Next year, HOPA’s engineering and design team will focus on a dedicated agri-food cluster at Pier 10 in Hamilton. This new storage space for sugar and grain and marine infrastructure will provide 225,000MT of additional capacity per year, while also taking thousands of trucks off the road.

Following the first-ever LNG bunkering on the Great Lakes at the end of 2020, Desgagnés was able to refuel its fleet sixteen times at Hamilton Port in 2021, as a result of HOPA’s partnership with REV LNG. HOPA also helped Hamilton Container Terminal launch a container feeder service from Hamilton to Montreal, capturing containers that would normally travel via highway and delivering them directly via marine.

“Despite supply chain disruptions and volatility, HOPA Ports remains a reliable, resilient and ambitious partner,” said Ian Hamilton, President & CEO of HOPA Ports. “By raising the bar and continuing to invest in critical infrastructure, we can support Canada’s domestic capacity and trade potential, and push for better outcomes in 2022.”