The Hamilton Harbour: A Proud History

By the early twentieth century, Hamilton City Council recognized that it could no longer effectively administer harbour property. Rapid commercial and industrial expansion required the formation of a separate governing body to handle the increasing complexities of harbour management. 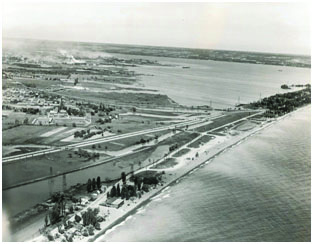 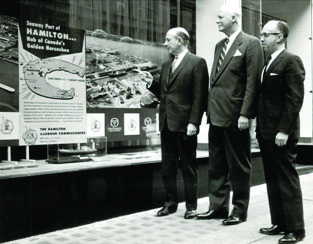 On April 1st, 1912, an Act of Parliament created the Hamilton Harbour Commissioners (HHC) and on May 1st 1912, the first three Harbour Commissioners, George J. Guy, Hugh S. Wallace and William J. Clark took their oaths of office. Captain Guy was elected as the Commissioners’ first Chairman, with the local Times newspaper lauding this wise decision: “He is an old marine man, a qualified vessel master, and is probably as familiar with the Hamilton harbour and its needs as any man living,” the paper wrote.

The long-awaited completion of the Welland Ship Canal in 1932 brought a tremendous boost in shipping to Hamilton industry. Anticipating the arrival of larger Great Lakes vessels and ocean freighters, the Commissioners had already widened and deepened the canal entrance from Lake Ontario into Hamilton Harbour. In order to accommodate the huge ore and coal ships which now had direct access to Harbour waters, the Steel Company of Canada and the Hamilton By-Product Coke Ovens constructed larger docks. The result: between 1929 and 1934 total tonnage in the harbour doubled from one to two million tonnes annually, making Hamilton the fourth-busiest port in the country, behind Montreal, Vancouver and Toronto. 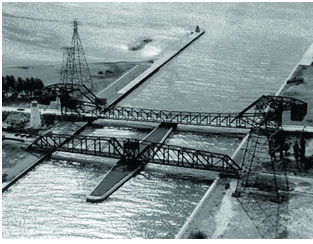 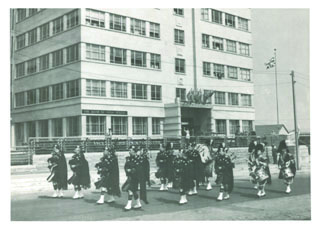 In 1951, the Commissioners purchased property near the foot of James Street with the intent of constructing an administration building. Two years later, their aspirations were realized when the cornerstone to the five-story concrete structure was trowelled into place. Erected on a land rise little more than a stone’s throw from the actual waterfront, its top floor offered a panoramic view of the Harbour. Over the years, this handsome gray flagship – with the addition of a sixth floor in 1957, has become a familiar landmark in north end Hamilton.

When the St. Lawrence Seaway opened in 1959, the first ship travelling up the new system berthed in Hamilton.  Cargo tonnage after the first year of Seaway operation was higher in Hamilton than at any other Canadian or American Port on the Great Lakes. 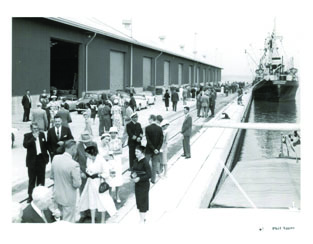 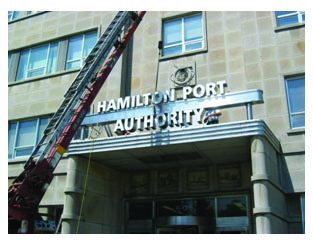 On May 1, 2001, the 89 year history of the Hamilton Harbour Commissioners came to a quiet conclusion and the new Hamilton Port Authority came to life. Coincidentally, it was later discovered that the HPA was born exactly 89 years to the day after Messrs. Guy, Wallace and Clark swore their oaths of office as the first Commissioners of Hamilton Harbour.

Today, the Port of Hamilton handles over 12 million tons of cargo and is visited by over 700 vessels each year.  This ranks Hamilton as the busiest of all Canadian Great Lakes ports. 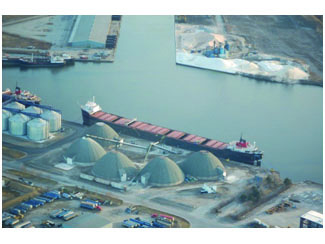