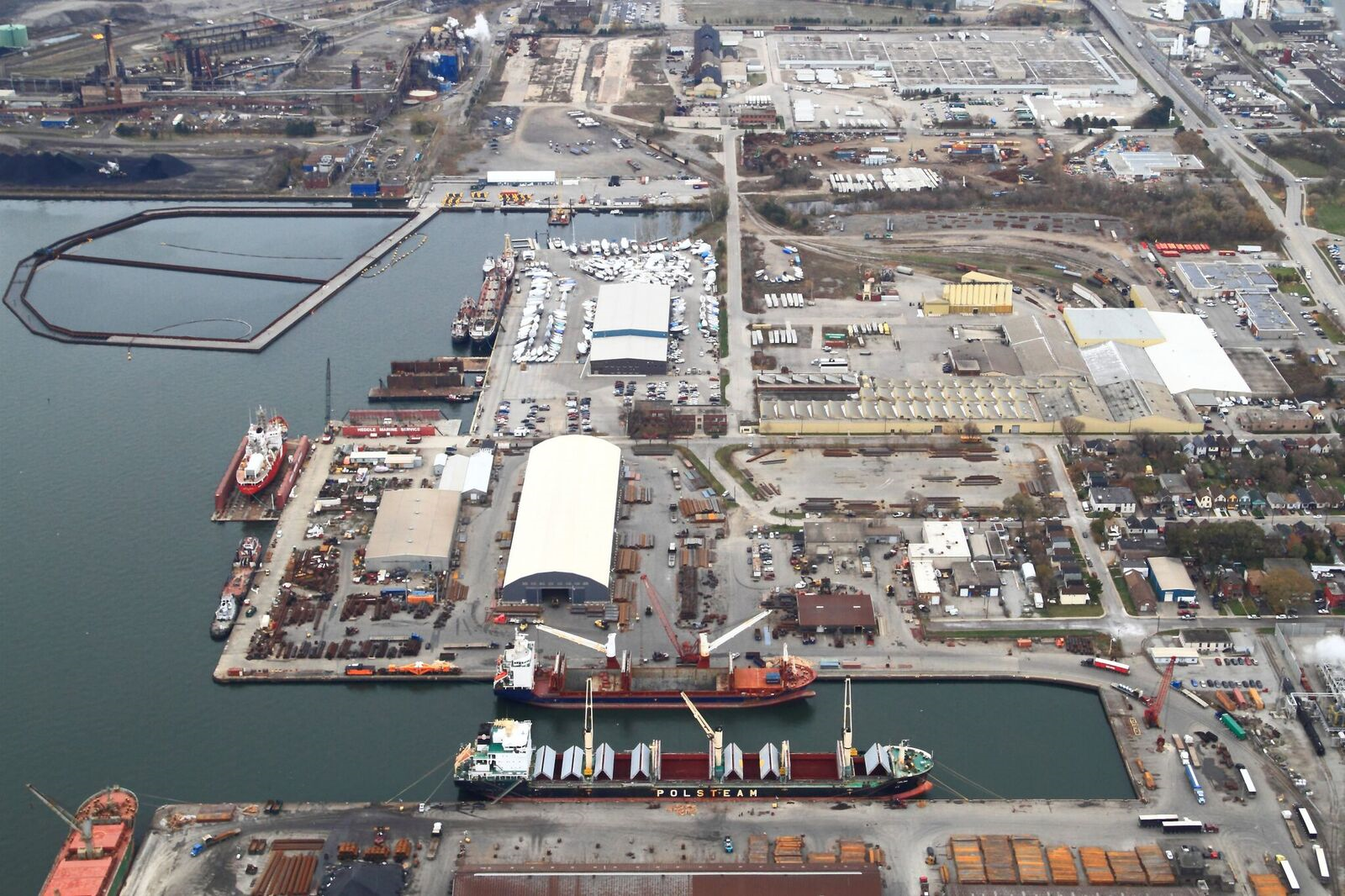 The Port of Hamilton has received $17.7 million in federal government funding to modernize port infrastructure. Transport Minister Marc Garneau visited Hamilton to announce the investment in the Port of Hamilton from the National Trade Corridor Fund (NTCF), which will be matched by HPA, in support of the Port’s $35.5 million Westport Modernization Project.

HPA’s plan for Westport is to create a multi-modal hub. Currently not all areas of the Westport zone are accessible by rail from other areas of the port. The improvements will also help address the challenge that the port has been facing in recent years of not having enough development-ready parcels of land to meet the demand from potential port users.

“This project is important because the Port of Hamilton is virtually out of room to grow, yet has unmet demand from users who want to invest in trade-oriented business in Ontario,” said Ian Hamilton, President and CEO of HPA. “Improvements to the Westport area will optimize the port’s current footprint, create new development parcels, and help Canadian companies get their goods to global markets.”

Westport is a 115-hectare area located west of the Port of Hamilton. Among the oldest industrial employment areas in the City of Hamilton, the Port’s landholdings spanning Piers 10-15 were assembled piece by piece over many decades. This result is a collection of uses that are not optimized, with insufficient modal connections, and infrastructure in some cases that exceeds 100 years old.

About the Modernization Plan

Marine infrastructure: New dockwall at Pier 12, one of the port’s busiest piers.

Warehousing & storage: New indoor and outdoor storage spaces will allow for more efficient storage and handling of cargo. The reconfiguration, including demolition of portions of Shed 11 adjacent to Hillyard St. will be one of the first elements to get underway.

Project Timeline: Primary project investments begin in 2019. The project will be completed by December 2020.