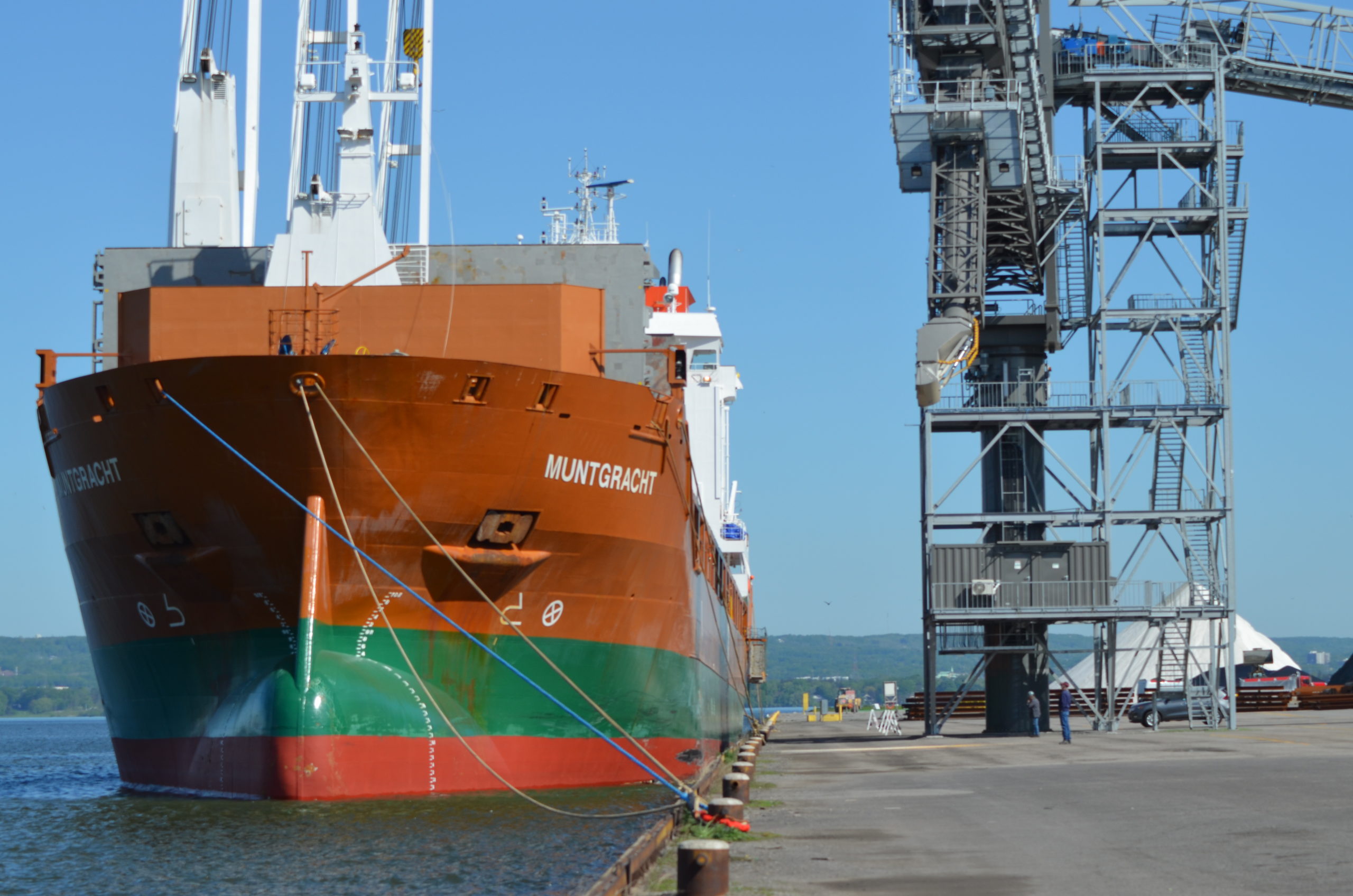 Hamilton, ON – The Port of Hamilton continues to expand its role as a leading transportation hub for Ontario’s agri-food sector.

In 2017, the port handled its highest-ever total of agricultural products. Close to 2.3 million metric tonnes (MT) of commodities such as Ontario-grown corn, wheat and soybeans, as well as canola, sugar, potash and other fertilizers were handled through the Port of Hamilton. Agricultural cargoes now make up 23 per cent of the port’s total, up from 12.5 per cent in 2010.

Hamilton Port Authority (HPA) President & CEO Ian Hamilton attributes the steady growth in the agricultural sector to the port’s ability to respond to market opportunities: “Global demand for food is growing, and Canada has an impeccable brand internationally for food safety and quality.” Capacity at the port has been growing steadily to keep up with this demand. “The Port of Hamilton has attracted more than $200 million in agri-food related private sector investment in recent years, which means our terminal operators have the ability to move more product, more efficiently,” said Ian Hamilton.

Success with primary agricultural commodities has led to the attraction of new supply chain partners to the Port of Hamilton. The port now has 14 tenants in the agri-food sector, from food processing, grain milling, and beer brewing, to food-grade trucking and warehousing. “We brought together all the right ingredients, and now we’re really cooking,” said Hamilton.

Commodities associated with steelmaking rebounded in 2017, spurred by a revival of activity at Stelco’s Hamilton works. Import shipments of finished steel were also their highest ever, at more than 620,000 MT, 20 per cent higher than in 2016, reflecting strong demand from Ontario’s manufacturing sector.

“The role of maritime trade in southern Ontario is sometimes overlooked, but it is critically important to industries like agri-food and manufacturing,” said Hamilton. “The opportunity is there if we want it, to use our marine sector to grow our economy and reduce our environmental impact at the same time.”

HOPA Ports has been recognized as one of Hamilton-Niagara’s Top Employers for 2022! Check out the link below to learn more about why HOPA is

Go West! We’re looking for an enthusiastic and customer-oriented leader to guide the operation and growth of Harbour West Marina. Lead the Marina crew in