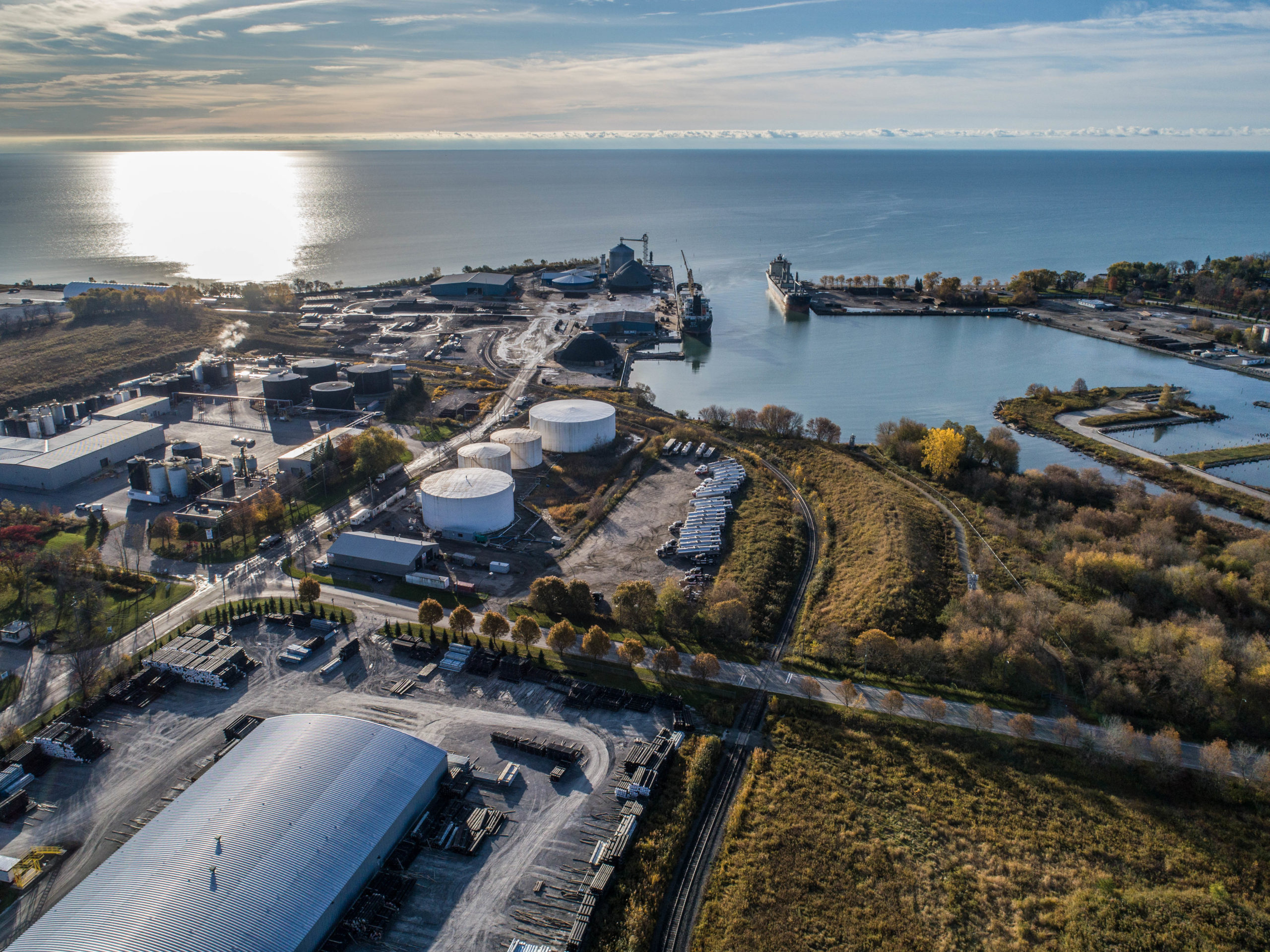 OSHAWA, ON – Just over a year after the ports of Hamilton and Oshawa amalgamated, the Port of Oshawa is attracting investment, and building new awareness of its critical role as a gateway to the Greater Toronto Area.

Ian Hamilton, President & CEO of the amalgamated Hamilton-Oshawa Port Authority (HOPA Ports) believes Oshawa is just beginning to fulfill its potential. “I’m not at all surprised that we’ve seen so much activity at the Port of Oshawa in such a short time period,” said Hamilton. “Located on the doorstep of the Toronto region, the port is critical infrastructure for the industries that will fuel southern Ontario’s recovery and long-term success.”

Starting this week, on the port’s west wharf, the dilapidated former Petrocor tank facility is being decommissioned and removed. HOPA Ports acquired the lands in late 2019, and has moved swiftly to improve the efficient functioning and appearance of the area, fulfilling a long-held goal of the City of Oshawa and residents. The parcel will be incorporated into the port’s footprint, allowing for increased cargo handling capacity and traffic flow.

The port has also begun to attract the attention of new investors and tenants.

In spring 2020, a new grain export terminal, constructed by Sollio Agriculture and QSL, entered its first full season of service. The new facility gives Durham Region grain producers a local option to market their grain for export, whereas previously their product may have been trucked all the way to Hamilton or east to Quebec.

More recently, Parkland Corporation has agreed to a Notice of Permission to evaluate investment in a modern liquid bulk transfer facility on the port’s east wharf, to serve the regional market.

“Parkland already plays a leading role meeting the fuel needs of Ontario residents,” said Ryan Krogmeier, Senior Vice President of Supply, Trading, Refining and Health, Safety and Environment at Parkland. “As we continue to pursue high-quality growth opportunities and extend our supply advantage, an import terminal in Oshawa would complement our existing transloading facilities in the Greater Toronto Area.”

The import terminal would represent an incremental expansion of Parkland’s strategic supply infrastructure in Ontario. The terminal would strengthen the company’s ability to reliably and cost efficiently supply its almost 700 Ontario retail, commercial and wholesale locations, including the Pioneer, Ultramar and Sparlings brands.

“We have a track record of prudent capital investment in opportunities that advance our strategy,” added Krogmeier. “We believe we can leverage the Port of Oshawa’s marine and rail infrastructure and focus our potential investment on tank construction, wharf connectivity and load-out capabilities to efficiently extend our supply advantage.”

Starting in August 2020, Parkland will use the seven-month due diligence period to complete engineering design plans, prepare for various regulatory filings and conclude economics.

“Parkland is a responsible operator with extensive experience operating commodity transload terminals in Ontario. The company operates a terminal at the Port of Hamilton where it has maintained an exemplary record of safety and environmental performance,” said HOPA’s Ian Hamilton.

For its part, HOPA Ports is focused on ensuring the port has the critical supply chain infrastructure to serve the near-term needs of jump-starting economic sectors like construction and manufacturing.

“Following the amalgamation, we took a fresh look at what was necessary to modernize the port’s aging assets. HOPA Ports has identified approximately $25 million in work such as dock reconstruction, lighting and dredging that are essential for the port to fulfil its trade-enabling mission,” said Hamilton. “The population of the GTHA will soon surpass 8 million people. We’ve got to be thinking about the transportation network and industrial supply chains needed to sustain a population of that size.” 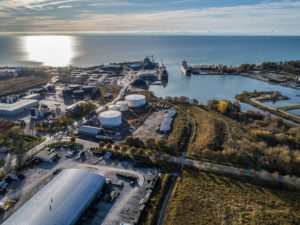 Read More »
December 19, 2022
PrevPrevious PostCrime Stoppers of Hamilton is ‘On the Water’
Next PostWelcome Inn Ready to Roll Out Youth Resiliency Program in 2021Next