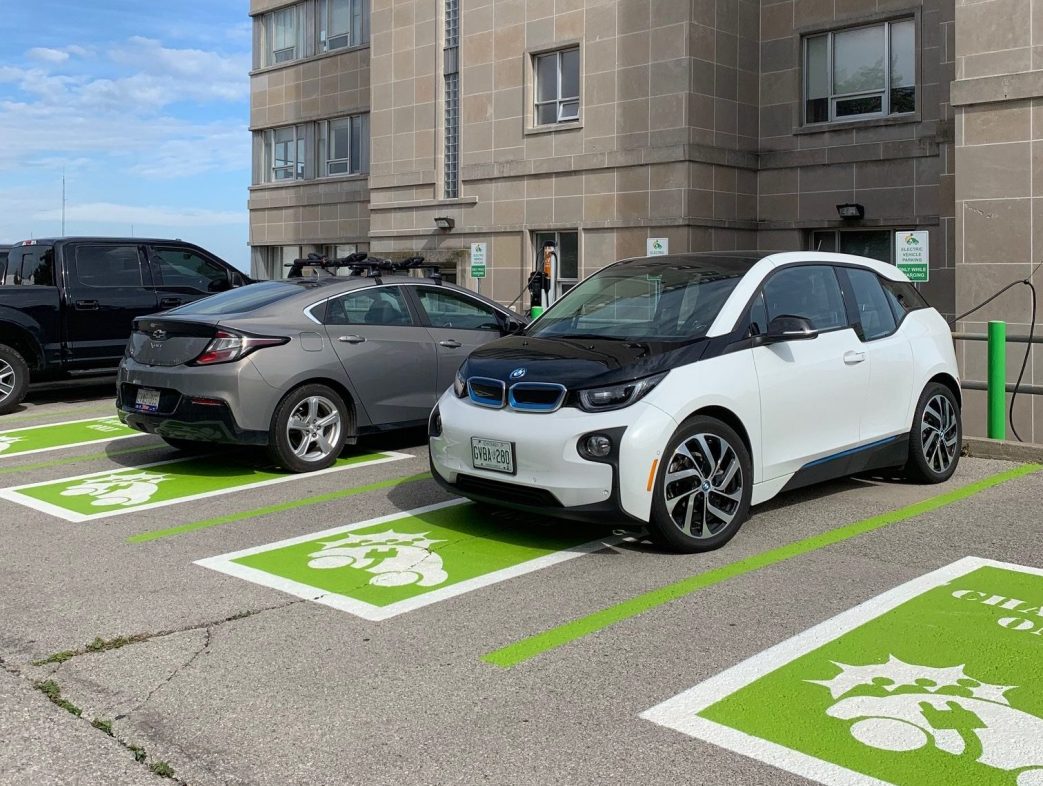 Hamilton, ON – Aside from a few key locations, a recent report found Hamilton ranks last in the number of electric vehicle chargers per capita compared to 18 other similar municipalities. We know burning fossil fuels for transportation is one of the top contributors of greenhouse gas emissions in North America, and changing how we get around would be one of the best ways to offset climate change.

So, why are North American cities so slow to embrace transportation innovations such as electric vehicles – Hamilton included? The first thing one may point out is cost, and the second might be access to the infrastructure necessary to support a widespread change. As the article points out, one of the major barriers is “range anxiety”; or concern about the length of travel due to scarcity of charging stations and necessary infrastructure for electric vehicles (EVs).

An ongoing internal conversation, prompted by staff who have invested in EVs, led the Hamilton Oshawa Port Authority (HOPA Ports) to invest in charging stations at its office to see whether it would be embraced by employees and the public (free of charge) nearby. Two ChargePoint Networked Charging Stations (CT4000) are now operational and have the capacity to charge four electric vehicles at once.

For Louis Fortier, Manager of Design and Construction, switching to an EV was an easy decision. “I was in the market for a new vehicle, and knowing that I would have access to a charging source at home as well as at work increased my confidence that I could move away from my gas-powered vehicle to electric. I do not regret my decision. The cost savings in fuel and maintenance compensated for the initial higher cost of the vehicle.”

For Mike Peace, Special Projects Analyst, “It’s the difference between having and not having to pay for gas.” As he is now travelling to Oshawa frequently, he looks forward to improved charging infrastructure across the GTHA.

Three of HOPA’s employees (approximately 5 per cent of its workforce) now own and commute to work in electric vehicles. Other staff walk or cycle on a regular basis. A new indoor bike lockup for staff has improved the active transportation option. We’re getting there.

If you are in the north end and would like to use our charging stations, you’ll see the spaces in our parking lot marked just west of the building in the upper parking lot.

They can also be found via Plugshare: http://ow.ly/mXnO50woLVG