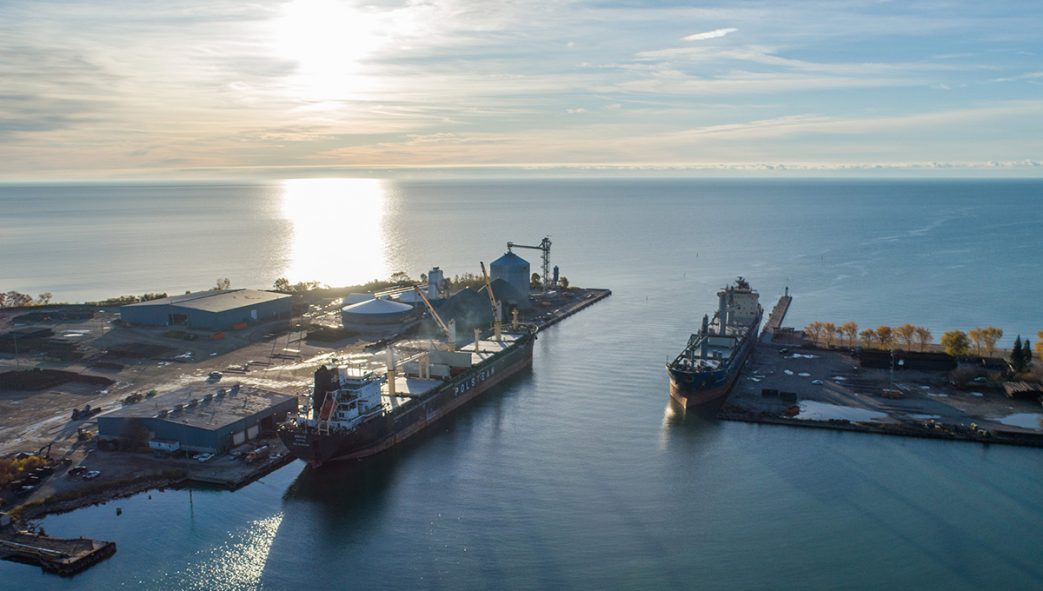 HAMILTON AND OSHAWA, ON – Cargo volumes exceeded 10.5 million metric tonnes (MT) at the newly-amalgamated ports of Hamilton and Oshawa in 2019.

The Port of Oshawa’s cargo totals reached 575,000 MT by the end of the season, and included finished steel, salt, fertilizer, asphalt, cement and more.

The ports of Hamilton and Oshawa were amalgamated into a single entity in June, now known as HOPA Ports, creating a more integrated approach to marine transportation in the Greater Golden Horseshoe (GGH). As transportation bookends to the region, the two ports serve Canada’s largest consumer market and manufacturing centre with essential commodities and raw materials.

“The amalgamation has been very successful, helping demonstrate that it makes sense for the marine sector to have a more prominent presence and voice in the region. We can attract more investment, and make bigger infrastructure improvements,” said Ian Hamilton, President & CEO of HOPA Ports. “We are also starting to look at new ideas to improve Ontario’s modal balance, helping reduce highway congestion and the greenhouse gases associated with transportation, by making better use of the more environmentally-friendly marine option.”

2019’s results were slightly down from 2018, when an extraordinary season saw a ‘perfect storm’ of bumper Ontario grain crops, while global trade wars caused surges in steel and agricultural commodity movements. HOPA Ports’ results were consistent with those of the Seaway generally, lower relative to 2018’s banner year, but showing overall strength and a positive five-year trend.

“We can do very little to influence international trade wars, and we can do even less about the weather,” noted HOPA’s Ian Hamilton. “What we can do is make sure our ports are investing in trade-enabling infrastructure and expanding their capacity to handle more cargo.”

In Oshawa, a new, $6 million grain terminal constructed by Sollio Agriculture and QSL opened, for the first time allowing Durham farmers to deliver their crop to an export facility within their own region, rather than trucking it often clear across the Greater Toronto Hamilton Area.