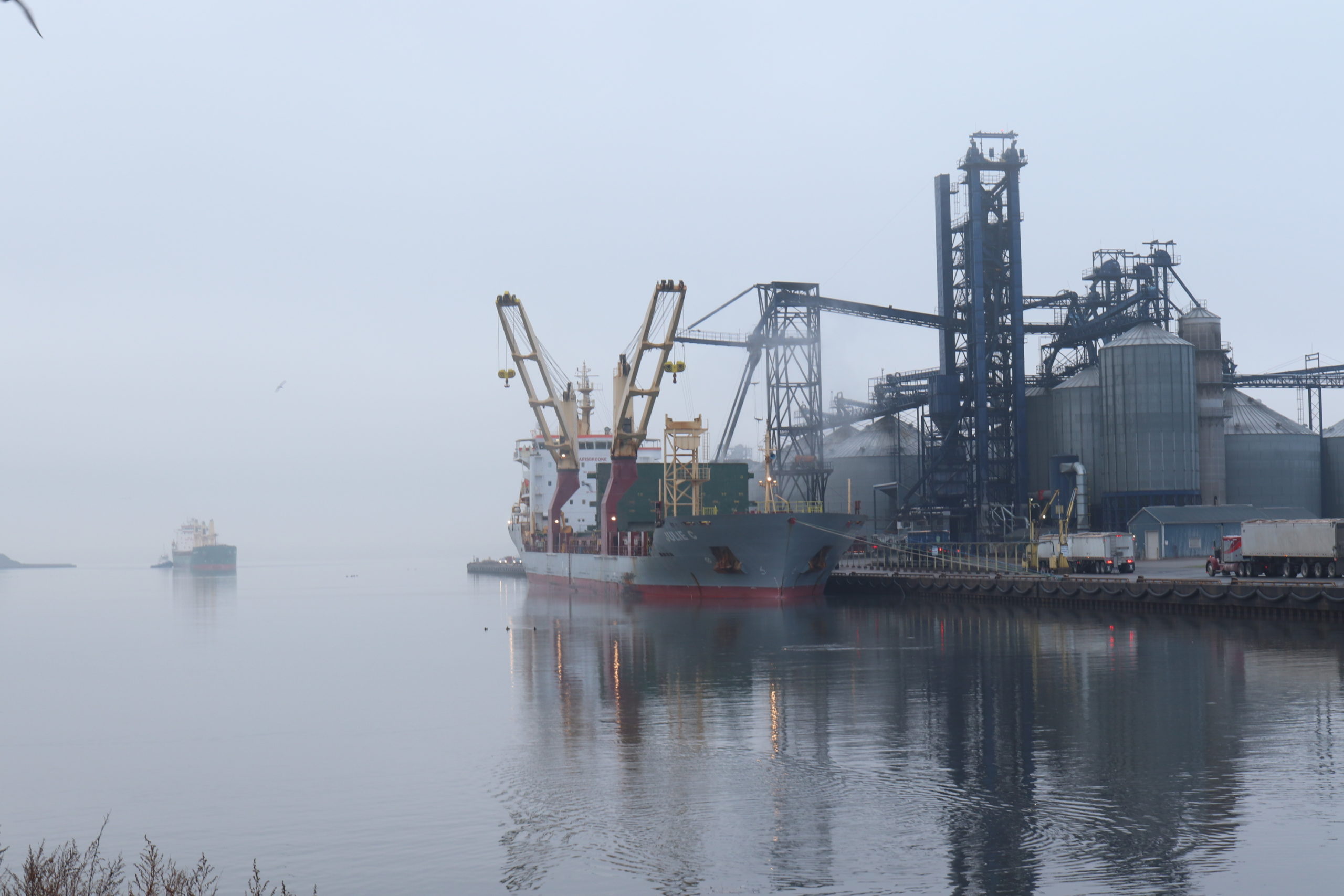 HAMILTON, ON – Shipping season on the Great Lakes closed on January 8, wrapping up its second week-long trial extension of the season. At the Ports of Hamilton and Oshawa, the extension allowed an additional seven vessels, carrying approximately 25,000-30,000 tonnes of cargo each, to come and go from port in the extra week, carrying steelmaking commodities, wheat and canola.

Ordinarily, ice buildup within the Welland Canal and Great Lakes forces an end to shipping season by New Years Eve of each year. The Seaway then remains closed to vessel traffic until the spring thaw, usually in mid-March. During the winter closure, commodities are either stockpiled in large quantity at terminals and factories in Great Lakes cities, or shipped by more CO2-intensive land transportation. The winter closure is the largest barrier to greater use of marine transportation on the Great Lakes, but this successful trial by the St. Lawrence Seaway Management Corporation raises the possibility of a bolder change, toward a substantially extended, or even a close-to year-round Seaway shipping season.

An extended season would allow more cargo to move using marine, the greenest transportation mode. Currently, some shippers see marine shipping as impractical, because of the need for a completely different logistics model for the three-month shutdown period. With a longer season, more industries would be able to work around the closure, and choose marine for shipments year-round. On the land side, the ability to move cargo throughout the year would mean industrial operations could reduce their stockpiles, gain flexibility in their supply chain, and trim their physical footprints.

“The more cargo that moves by water, the more we all win, because of marine’s far superior environmental performance relative to rail and trucking, and its ability to get trucks off congested highways through Ontario and Quebec,” said Ian Hamilton, President & CEO of HOPA Ports. “The seven additional ships that called at port in just that one extra week took the place of as many as 6,700 trucks, reducing the carbon footprint of the goods they carried by 500%.”

Climate change has created a new normal of less ice cover on the Great Lakes. But moving to a substantially extended season would not be a simple or inexpensive change. A longer season would require investment: more icebreaking capacity, and more resources to perform necessary annual maintenance in a shorter time period. But it would also build on investments already made: the Welland Canal itself and new hands-free mooring technology is reducing the labour costs associated with a prolonged season.

When substantially extending the Seaway season has been contemplated before, an increase in shipping business alone has never made enough economic sense to justify the necessary costs. A more comprehensive view may, however, include more: the reduction in greenhouse gas emissions versus land transportation, less road congestion, deferred highway expansion costs, lower supply chain costs for businesses, and the freeing up of industrial stockpile lands for other urban waterfront uses.