Hamilton, ON – The Hamilton Port Authority’s 2018 cargo results are in, revealing the highest volume of cargo handled through the port in more than a decade.

More than 11.6 million metric tonnes of cargo was imported or exported through the Port of Hamilton during the 2018 shipping season, an 18 per cent increase over 2017’s total.

“Many Hamiltonians remarked that the harbour looked especially busy with ships this year,” said Hamilton Port Authority (HPA) President & CEO Ian Hamilton. “And they were right: we welcomed 647 vessels to port this season, 43 more than in 2017.”

In 2018, more ships were making overseas trips to and from Hamilton. “This season really shows how Canada can diversify and develop new markets if it has the right infrastructure in place. In 2018, exports through the Port of Hamilton were up by 63.6 per cent over 2017.” Behind this trend were increased exports of Ontario-grown grain, helped along by new terminal capacity at the port, a solid crop year, and expanded European market access as a result of the CETA agreement.

In November of 2018, Transport Minister Marc Garneau was in Hamilton to announce an investment in the Port of Hamilton through the National Trade Corridor Fund. This $17.7 million investment, matched by HPA, will provide for new and upgraded transportation infrastructure, and see port lands reconfigured to create new development-ready employment lands. “In the past decade, we’ve attracted more than $300 million in private sector investment to Hamilton, and we have grown our on-port employment to more than 2,100 jobs,” notes HPA’s Ian Hamilton. “We’re focused on using this latest investment to continue our positive impact on the regional economy.”

The Port of Hamilton is the seventh largest port in Canada by volume, and the largest in Ontario. 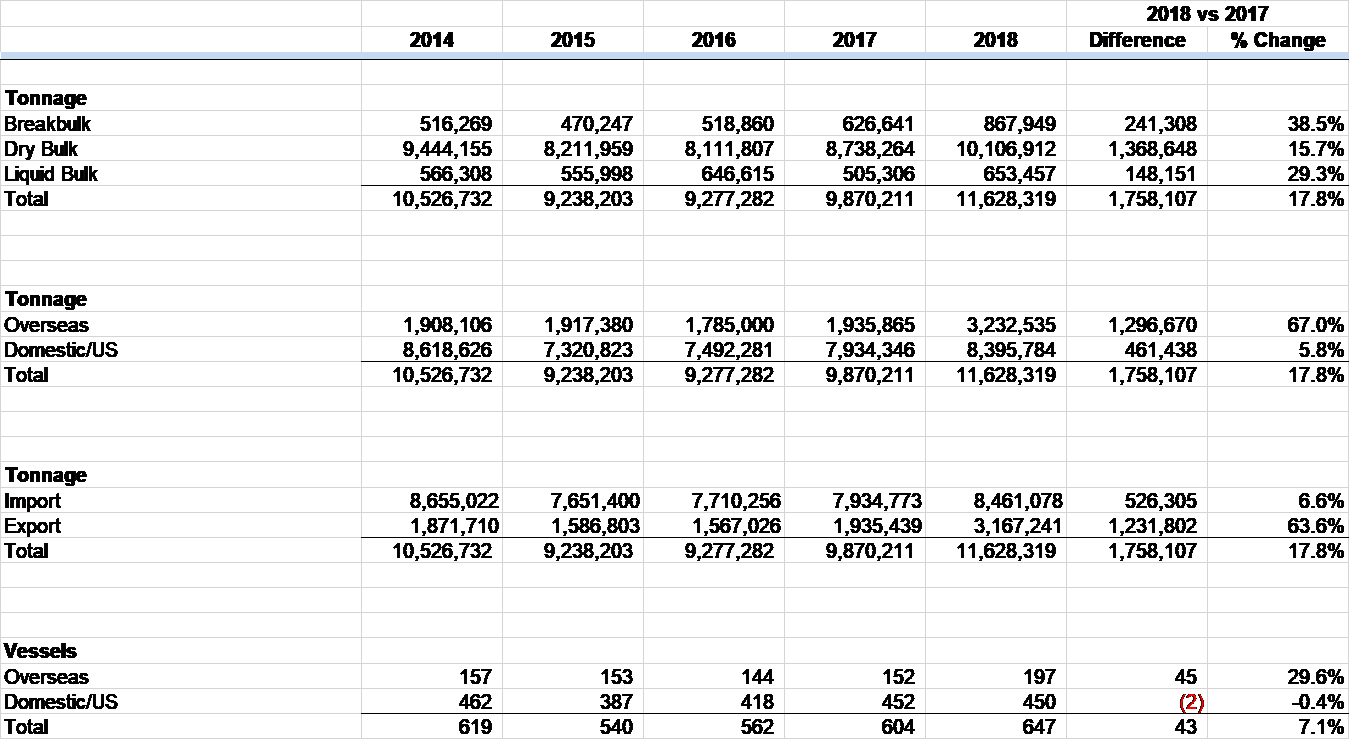